Make Your Own Jason Voorhees Costume To Look Awesome

If not we have got the idea for your party. Why not choose Jason Voorhees costume for the party? If you want to be the same to the antagonist of Camp Crystal Lake, you will have all of your friends screaming this October when you put on the hockey mask. Assembling the costume for Halloween or a theme party doesn’t need a lot of work. We have made it easier for you. It gives you a margin of choice in the exact look you want to go for.

Before looking at the Jason costume guide, let us discuss the character first. He is the main villain of the Friday the 13th franchise. The son of Pamela Voorhees was a physically deformed child who stalks and kills campers to avenge the death of his mother. He was drowned in a summer camp by being bullied. Jason was one of the most recognizable bad guys in history. He is a star of several films, novel, comics and also debuted as a playable character in MKXL. With the iconic mask, ragged clothing and sharp machete, he strikes fear in many hearts. It’s time for you to become a little scary and threaten others with unusual acts.

Let’s take a look at the ensemble… 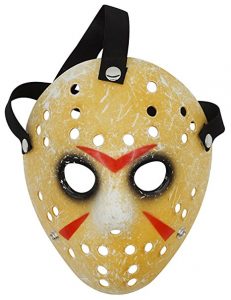 The character is known for wearing a hockey mask. Your Friday’s will never go wrong when you get to the party donning the horrific character headpiece. It is made of high-quality PVC and comes with the strap to keep the mask in position. 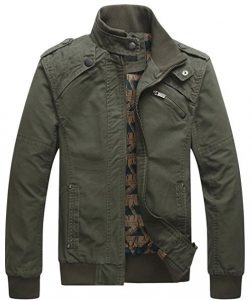 Jason Voorhees costumes evolved to include an oversized jacket. For that, we have the army green casual jacket that will get you the perfect look of the mask killer. It is the cotton wearable with inner polyester lining. Stand collar with rib knit cuffs and hem makes it a worthy option to choose for a sporty appearance.

Get the jacket to wear over the given above men’s overall. It is also an important part of the Jason Voorhees Halloween costume. Find the pair of coveralls like the mechanic wears in the darker shade of navy blue. Get a big size to get the right messy look. 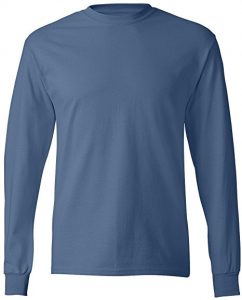 Go for the long sleeves t-shirt to wear as an inner costume piece like the character wore. It will serve you ideally when worn casually with a jeans and blazer. 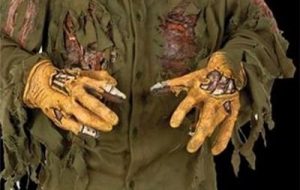 They are the pretty cool accessory to acquire the ultimate look of Jason Voorhees. It consists of a pair of latex gloves with the latex bones and gore showing through. It is one size that fits most adults. The right piece of clothing. 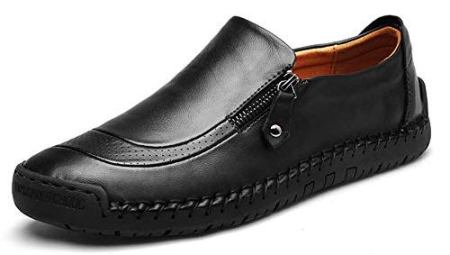 Jason needs tough footwear for stomping after the scary campers. The lace up shoes will serve you best to stalk the people around. Slather them with fake or blood mud to make them look old and used. They will complete the effect of your attire from top to bottom. 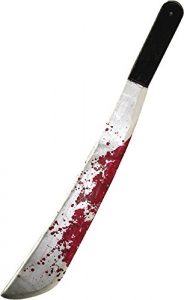 Have a fake machete. Do justice with the costume by getting the reliable weapon of Jason from the list. The blood stains will provide ominously look like it’s been recently used. It is a must-have for your appearance.

Whether you are having a party or moving to a haunted house this season, Jason Voorhees costume will have everyone around thinking they have been transported to the camp blood. It comes with a deluxe hockey mask and a jacket with shirt sewn inside.

It is another costume for you to dress like the deformed guy. The super deluxe outfit includes shirt, pants with attached molded details and the EVA hockey mask. Make your event a day to remember.

The gruesome Jason Voorhees costume is provided in the guide for adults. The ideas are simple yet effective. Some costume pieces listed in the guide can help you in your daily lifestyle as well. Go to trick and treat with your friends in the exclusive wearable.